Chester Raccoon learns that they must leave their tree den and move to a different part of the forest. Mrs. Raccoon must help Chester through his sadness and reluctance in accepting a new home and school.

I had the opportunity to attend a conference with the Military Child and Family Network during a project where a parent was recorded on video readingThe Kissing Hand for their child before being deployed overseas. During our discussions, they mentioned that they could use a book to ease the difficulties encountered with having to move every few years, as is the situation for so many people in the armed services. Shortly after our discussion, I visited a school near a large navy base in Virginia, and I asked the children how many of them had ever had to move. I was stunned in grade after grade when nearly every hand went up. I wrote A Kiss Goodbye to help with this transition – for times when any kind of move is made, i.e., to another house, another city, or even at the end of a school year when children must transition to the next grade. 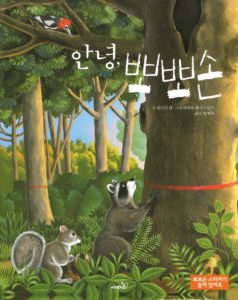 Though they are not Kissing Hand Books, look at these works addressing additional childhood issues and topics:
Sassafras addresses self-esteem
A.D.D. Not B.A.D. discusses Attention Deficit Disorder and hyperactivity
Feathers and Fur addresses diversity and kindness

There are many sources for INFORMATION ON LIFE ISSUES FOR CHILDREN. PLEASE CHECK THESE OUT:
Jacqueline Golding
Dr. Jeff
Nobullying.com

Chester Raccoon and the Big Bad Bully
Scroll to top